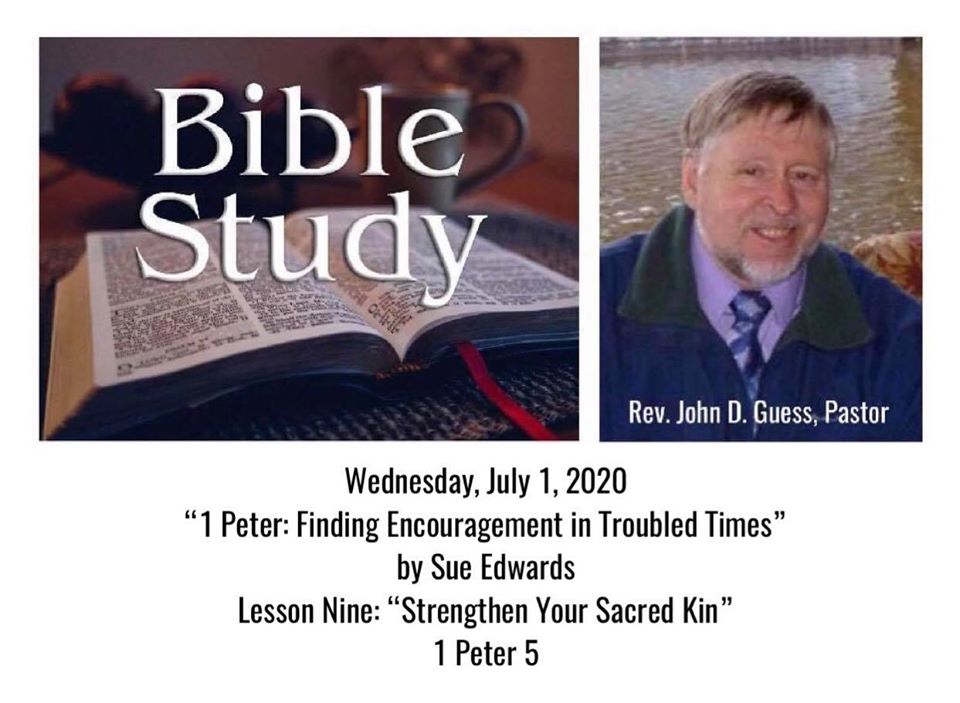 Welcome to the final lesson of this study.

“Ministry between generations bolsters the courage and confidence of believers under fire. First Peter 5 speaks to two generations: the elders and younger people in the faith community. How should we interpret the term “elder”? Our natural tendency would be to assume that they are men who hold the office of elder. However, this office did not exist until the early second century, long after Peter sent this letter to the scattered people in Asia Minor. More likely, he is addressing men, who by virtue of their age and status in the Christian community, were viewed as leaders in their churches. These leaders were probably male, as were most leaders in the culture of that time, although women were certainly influential in various ways of their faith families. Believers probably met in house churches rather than a church building like most of us do today.

Who are the younger people whom Peter instructs in chapter 5? They are identified in verse 5, and some Bibles. all them “young men”. The problem with that interpretation is that the Greek literally says, “You who are younger,” broadening the application to all younger people in the community, both male and female.

While men holding the office of elder can certainly glean great insight into how God wants them to live out their sacred duty to their flocks today, older and younger generations can also learn how to treat one another in ways that strengthen everyone, honor God, and promote harmony in the church. Take away the lessons that fit your situation and life phase.”
- Sue Edwards

ADVICE TO LEADERS AND OLDER FOLK

What do we see about Peter’s relationship to his readers in 1 Peter 5:1?

Peter says in verse 2, “Leaders should be shepherds.”
How do good shepherds care for their flock?
See John 10:1-18 to learn about the Good Shepherd.

According to 1 Peter 5:2, how should elder leaders act toward younger believers? What trait should be avoided?

Verse 3 says that leaders should avoid “lording over” their flocks.
How do good leaders avoid accomplishing that? Think about some good leaders you’ve worked with.

ADVICE TO THE YOUNG

Peter addresses younger people in verse 5.
What differences, and what similarities, are there in his previous advice to older leaders?

What is your attitude toward older folks? How does our American culture treat those people?

Verse 6 calls for humility. What would that look like in the church and relationships in general?

We’re encouraged to be humble and have mutual respect.
According to verse 6, what will God do with those who exhibit these traits?

We all need one another’s support. Read verse 8.
Who is the common enemy? What is his agenda?
Consider the description of that animal. What damage is it capable of?

What character traits should we have to combat our enemy?
What does this look like as we live for Christ?

According to verse 9, how do we carry out Peter’s instruction?
How does knowing that others face the same experiences help in our struggles?

In 1 Peter 5:10, we read that the God of all grace will care for us.
What four things does this verse say God will do?

Babylon, in verse 13, is a symbolic reference to Rome, as described in Revelation 18:10. Rome was a great city of the world empire, and was where Peter was eventually put to death (crucified upside down).

According to verse 12, how does Peter describe his reason for writing this letter?

Looking at this lesson, and glancing back at prior lessons, what big “takeaway”
have you received?

Think about our study of 1 Peter. What might you have learned to help live your life for Christ?

Thank you for being a part of this study. I will announce plans for our next study in the near future.