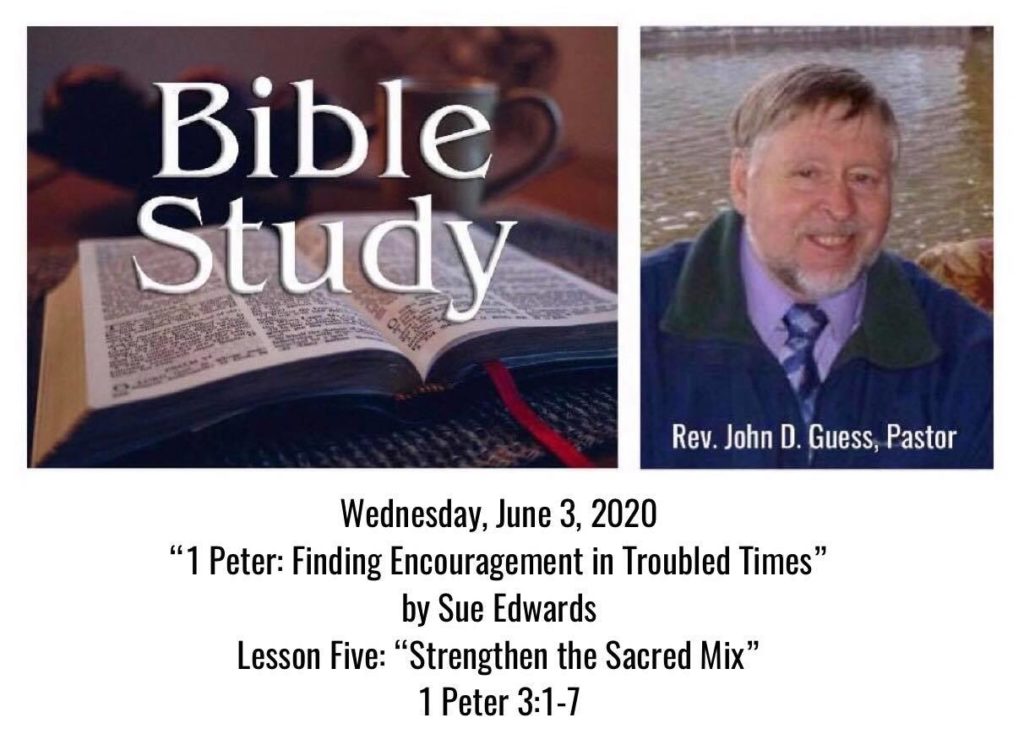 Women in Peter’s time faced tremendous challenges when relating to their husbands, especially if they converted to Christianity. In Asia Minor, wives were the property of their spouses. If a husband converted, his family was expected to change faiths with him. But if the wife converted, serious issues arose for her.

It’s not easy for us to have a feel for the tension this would create for a formerly pagan household. It would be similar to a Muslim woman today in a Fundamentalist Muslim part of the world becoming a Christian without her husband’s consent. In such a circumstance, the woman would either be disowned or killed. But, if she would be permitted to remain in the home, think of the predicament she would face. It would abound in tensions from which she would want to escape. And since, according to the new faith she has embraced, she is a free woman in Christ, should she not act in this freedom to sever the marriage ties and flee, if possible? No, says Peter.”
- Sue Edwards

Peter has spoken of submission before. In tonight’s lesson, he is speaking to wives in the first century Middle East. In respect to this situation, why would Peter instruct wives to act in the manner indicated in 1 Peter 3:1-2?
Describe what the concept of mutual submission and respect looks like today.

Regardless of time and place, why is behavior more important than what we say?

1 Peter 3:2 gives two qualities: purity and reverence. What does this look like in a Christian woman? Think of people who you’ve seen exhibit these qualities.
What is one thing to refrain from in order to practice these qualities?
See Proverbs 11:12.

People, in general, often spend a lot of time, money, and energy on their outward appearance. How does 1 Peter 3:3-4 address this situation?

Why do men and women of every age, country, and culture place such emphasis on outward appearance?

According to verses 3 and 4, how does God measure beauty? What does a gentle and quiet spirit look like? Why do you think God’s assessment of beauty is so different from man’s assessment.

How would your life change if you adopted God’s assessment of your beauty?

Look at a Genesis 21:8-12 to see the further discord that was sown.

Why does Peter still applaud Sarah in 1 Peter 3:6? What principles do we see that might help marital relationships today?

Despite the patriarchal society of his audience, Peter advises husbands with a counter cultural message. What is his instruction to men in 1 Peter 3:7?

Women aren’t weaker than men intellectually, emotionally, or spiritually. What advantage do men genuinely have? In 1 Peter 3:7, what is the warning to men who use that advantage to overpower women?

Abraham and Sarah, along with Peter and his readers, lived in different eras and social structures than we do today.

What can we learn from these principles that will help in marital relationships today?

What application can be made today outside the home...i.e. marketplace, community, church...in regard to male/female relationships?

Thank you for joining in this lesson.